In the dressing room lacing up boots

Lady at the make-up 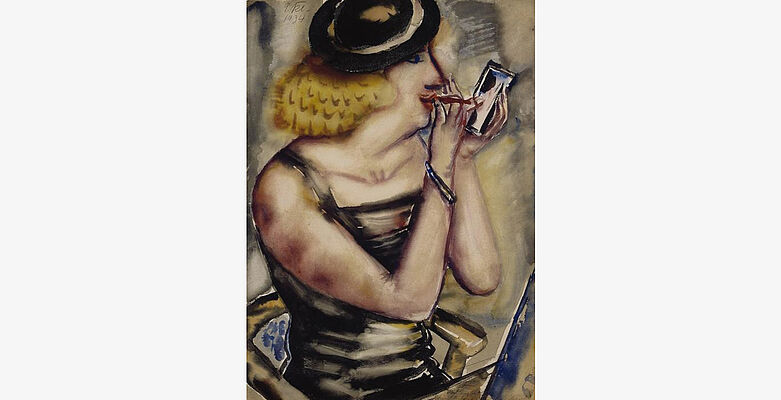 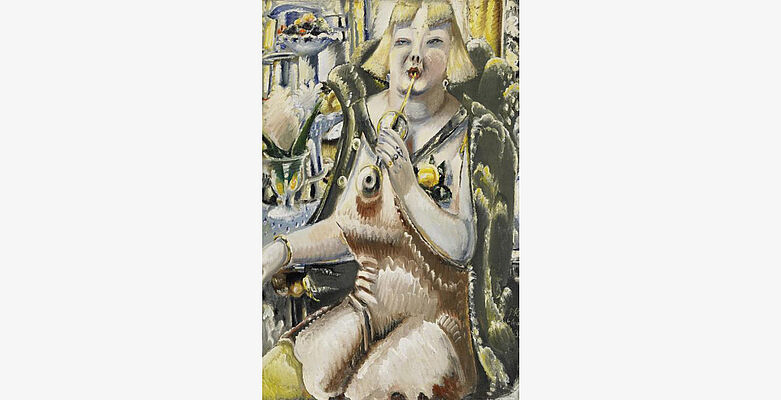 Born in 1883 in Bublitz in Pomerania, Paul Kleinschmidt, who came from a family of artists, was a German painter and graphic artist at the time of Expressionism, but with his own unmistakable style. Thus he developed his pictures out of colour and fixed the materiality as pastose applied colour in an unusual directness, which he thereby brought to a rich physicality.

When Kleinschmidt attended the Academy of Art in Berlin from 1902 and studied there with the historian painter Anton von Werner, he met Lovis Corinth, who was enthusiastic about his work. Two years later Kleinschmidt transferred to the Academy of Art in Munich and studied with Heinrich von Zügel and Peter Halm. Both in 1909 and 1911 he took part in the exhibitions of the Berlin Secession, to whose members he also cultivated private friendships.

Kleinschmidt had his first solo exhibition in 1923 at the Euphorion publishing house in Berlin, and his second in 1925 at the Gurlitt Gallery, also in Berlin. The first important art collector to "discover" him was the factory owner Wilhelm Bilger from Ulm in 1927. In the following period a friendship developed between the families, which promoted an important creative phase of the painter in and around Ulm. Kleinschmidt also found further advocates in Curt Glaser, the director of the State Art Library in Berlin, and the art critic Julius Meier-Graefe. The latter also put him in touch with his most important patron, the New York collector Erich Cohn. Through him, Kleinschmidt was able to exhibit his works for the first time in the USA in 1933/34, for example at the Art Institute in Chicago and the Museum of Art in Philadelphia. The well-known collector Ismar Littmann was also among his early patrons.

Kleinschmidt's pictorial world is mostly dominated by dazzling, exuberant and sensual women, whom he portrayed as modern monuments of femininity. Inspired by the Berlin nightlife of the 1920s as well as by his childhood spent in a traveling circus, he uses expressive painting techniques to locate barmaids, waitresses, prostitutes, dancers and circus riders draped with erotic accessories or cake buffets in the milieu around bars, cafés and variety shows. The National Socialists took offence at such depictions and ostracized Kleinschmidt's art. They confiscated some of the works and showed some of them at the Munich exhibition "Degenerate Art" in 1937. In addition, he was banned from painting. But this could not dissuade him from continuing his work. After an unsuccessful emigration attempt in France, Kleinschmidt settled with his family in Bensheim an der Bergstrasse. Here, many of his paintings were destroyed in a bomb attack in 1945.
Paul Kleinschmidt died in Bensheim in 1949.